I was terrified when my menopause dreams first awoke.

I had been used to living on the surface of my life and their presence in my belly unnerved me: like an unexpected, unplanned pregnancy that I had no reason to terminate. I ignored them hoping they would go away.

They did not go away. They bumped and jostled my bones and my heart and brain – pushing, always, ALWAYS pushing – they wanted to show themselves in public. To make me demonstrate them. Such. Madness. As if.

I fought to keep them in. I strapped them down. I tied them up with bands of censorious thought and turned back to my hum drum ho hum life. But little by little they seeped through the cracks in my day. They were crafty: sly. Some days I’d think they had gone. My mind would stop the reel of the crazy movies and switch to mundane matters. I would sigh with sheer relief. Thank God the craziness they suggested would not have to be admitted. I could hunker down and hide behind the mask of the quiet woman.

Better stay hidden, than come out raving and dancing. Better even still to guarantee the outcome of my years, based on the investment of a great deal of good behaviour than risk it all in a chaotic leap into the seething cauldron of my own psyche. 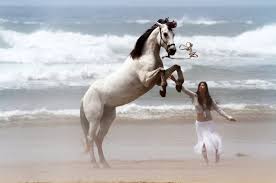 Ha! They had not subsided at all. No. They had only paused for as long as it took to create another wave. And another. Until the Tsunami of the seventh began to break the lock and chain on my heart. I panicked. I will admit it..

The Dreams poked and protruded into my waking life. Took me helpless on technicolor ramblings about the Universe – this one and others, just for fun. They dragged me reluctant (but fascinated) into scrapes and jaunts and slightly embarrassing situations until I weakened and – frustrated, gave way. I let them flow in while sobbing with frustration and at my own pea sized ability to bury them, manage them or disown them.

With a persistence way beyond the force of my futile resistance they continued to drive me: forcibly challenge my beliefs: destroy my limitations. Enough: my marriage was threatened; my family could lose a housewife. Never a mother, but likely, a housewife. I begged them to drown me, for I could not countenance living as this crazy woman. I’ll be shot. Censored. Burned maybe. Laughed at and ignored, certainly. “Ha” said my Dreams. “Just as you chose before. You ignored US. Such madness to ignore your dreams. Your own children, clamouring to play. Screaming to be given voice: life: space: air. And who are you to do that? How dared you, little woman, censor US?”

“You dared, small and arrogant one, but your spirit is ever triumphant and we win. It is our time now”.

I trembled. They were so, SO much bigger than I. Even inside of me, I knew their scope, their vastness. Let them have life? Let them drag me with them, me kicking, screaming, heels dragging the dust and eyes screwed shut as they rampaged me around the globe, making every one stare. Worse still, I’d have to stay where I was known and face the censure of small town England. Oh Goddess. No.

But they came anyway. Seeping into my life, making me say and do things I would never have ever done or dared to own. They were satisfied eventually, when nothing of my old life remained barring an indelible bond between my son and I, two dogs and my (huge) shoe collection.

And one still dawn I sat up and opened my eyes and saw what they had wrought for me.

Day after day filled with delights. Dancing in the moonlight and rain was the norm now. Singing as I worked, I took for granted. Laughing when I wanted to, cantering across the mole hills on my pretend pony and never being woken by an alarm clock, breathing the smell of grass and sheep and sun and rain when I needed to.

They had not drowned me, my Dreams. They had simply freed my petrified fingers from the anchor of disbelief and carried me with them.